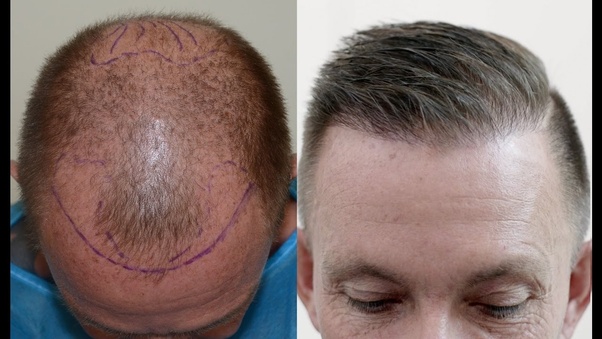 Throughout history receding hairlines have been a problem for men, and to a lesser extent, women. The first hair transplant surgery procedure was actually done in New York in 1952 by a Dr. Norman Orentreich. He was the first person to understand that hair taken from places where baldness does not occur will continue to grow even if those same hair follicles are transplanted into bald regions of the scalp. This concept was termed donor dominance and it was to be a crucial step on the way to developing good methods of transplanting hair to overcome the problem of male pattern baldness.

This was a major advancement in hair transplant procedures but the methods were still quite crude and so the results were not as natural or realistic-looking as one would hope. The problem was that a fairly large skin graft was done, which meant that the hair graft did not look natural even after the hair began to grow.

In the 1970s hair transplant surgeons continued to use relatively large-sized hair grafts which meant the hair plugs were still quite noticeable. This was concerning because many people would prefer a natural look and realistic hairline. The last thing a man (or woman) wants is for it to be noticeable that they have had cosmetic work done.

It was only in the early to mid-1980s that specialists started to develop more refined techniques and we see the development of so-called mini grafts. Further advancement brought the method of using micro grafts. In these cases only one or two hairs were grafted at a time.

The concept of mini and micro grafts laid the foundation for the ideas that were to be developed later in the early 1990s.

In fact, Dr. Rassman and Dr. Bernstein came up with the idea of the Follicular Unit Transplantation method or FUT. This technique became increasingly popular and it involved transplanting separate units of a few hair follicles at a time.

By the early 2000s, the FUT had become the method of choice for hair transplant surgeons. One of the advances of the FUT was the idea of taking donor hair from the back of the scalp.

This idea of where to extract the hair remained when the next technique was invented. This newer method was called the Follicular Unit Extraction or FUE. It was developed by the same doctors who initially came up with the idea behind the FUT.

The FUE focused on using an instrument to carefully cut out very small patches of hair from the back of the head. The procedure does require specialized equipment and great care needs to be taken by the specialists performing the procedure. However, the results of the FUE are today considered superior to the FUT, and thus it is the preferred method of such hair clinics as the Vera Clinic in Turkey.

The future is exciting as hair transplant specialists are likely to further refine their techniques and find even better ways to seamlessly transplant hair.